​SAN ANTONIO (Feb. 21, 2021) – The San Antonio Spurs today announced that they have recalled forward Luka Samanic and guard Tre Jones from the Austin Spurs of the NBA G League. Samanic and Jones have helped Austin start the season with a 6-1 record, which is currently tied for the most wins in the league.

Samanic averaged 21.8 points, 11.3 rebounds and 2.2 assists in 32.8 minutes over six games played – one of only five players in the NBA G League averaging at least 20.0 points and 10.0 rebounds. The second-year forward is currently sixth in the NBA G League in scoring and posted a double-double in five of his six appearances, including a season-high 29 points to go along 12 rebounds against the Rio Grande Valley Vipers on Feb. 18.

Jones averaged 18.1 points, 5.3 rebounds and an NBA G League-leading 9.7 assists in 31.3 minutes over seven games played. Jones put up a season-high 30 points to go along with 11 assists against the Erie Bayhawks on Feb. 13 and is the only player in the G League so far this season to total over 100 points and 50 assists.

Updated on: June 16, 2014 / 4:43 AM / CBS/AP SAN ANTONIO — Tim Duncan, Manu Ginobili and Tony Parker, the winningest trio in NBA postseason history, shared hugs.Players wrapped themselves in flags from around world, a reminder that the San Antonio Spurs look far beyond the border to build champions, as confetti fell from… 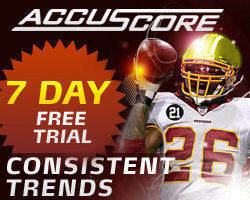