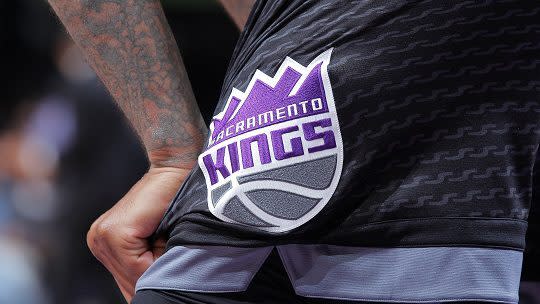 It’s now up to seven of the 22 NBA teams headed to the restart in Orlando who have at least temporarily shut down their team practice facilities due to positive coronavirus tests with the addition of the Sacramento Kings, who made the move on Sunday.  Sam Amick of the Athletic broke the story.

“A member of the traveling party” is as vague a phrasing as teams have come up with to mask who tested positive. There are 35 members allowed per team including players, coaches, trainers, and more.

Kings players will miss out on a few days of workouts at the team facility but not many as they head to Orlando on Sunday. Upon arrival players are quarantined in their hotel rooms until they test negative on two coronavirus tests 24 hours apart. After that they can head out into the hotel, they just have to follow all the rules and protocols of life in the bubble.

The Kings arrive in Orlando in the group 3.5 games back of Memphis for the eighth seed and the final playoff spot. However, the Kings are considered a longshot to get into a play-in series against the Grizzlies because the Kings are a young team and they have a tougher schedule than New Orleans (another team 3.5 games out).

Since retiring from the NBA in 2011, Shaquille O’Neal hasn’t slowed down. He’s proven himself to be an adept businessman earning millions of dollars through a variety of endorsements and a diverse portfolio of investments. One of O’Neal’s most significant and intriguing investments is the purchase of a California-based NBA team and not the one […]

De’Aaron Fox is the No. 1 Harry Giles fan