In the team’s statement, the Mavericks said Powell is currently weighing his surgical options. Dallas didn’t provide a timetable for his return, but the big man is expected to miss the remainder of the season.

“DP, he’s a workaholic,” Mavs teammate Dorian Finney-Smith told reporters. “So I know he’s going to work to get back healthy and finish his career.”

Powell suffered the injury when he attempted to drive to the rim late in the first quarter. His right leg gave out, causing him to collapse to the floor.

Powell, 28, has developed into a key role player since arriving in Dallas as part of the Rajon Rondo trade in 2015. In 40 games (37 starts) this year, he has averaged 9.4 points and a career-high 5.7 rebounds per contest in his first season as a full-time starter for the Mavericks.

The Mavericks signed Powell to a three-year, $33 million contract extension last July. He was expected to play a critical role in Team Canada’s attempt to qualify for the Olympics this summer.

In Powell’s absence against the Clippers, Mavericks head coach Rick Carlisle shifted Kristaps Porzingis to center and utilized a smaller lineup in the second half. Dallas replaced the 6-foot-10 Powell with J.J. Barea, who is listed at 5-foot-10.

Chicago Bulls (Photo by Ronald Martinez/Getty Images) The Dallas Mavericks are said to be wanting to add talent before the trade deadline. Could they work out a deal with the Chicago Bulls? This year’s NBA trade deadline is under three weeks away, and it seems like there is about to be a lot more action […] 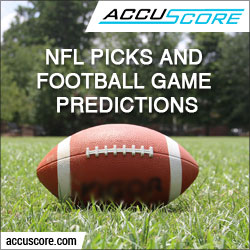